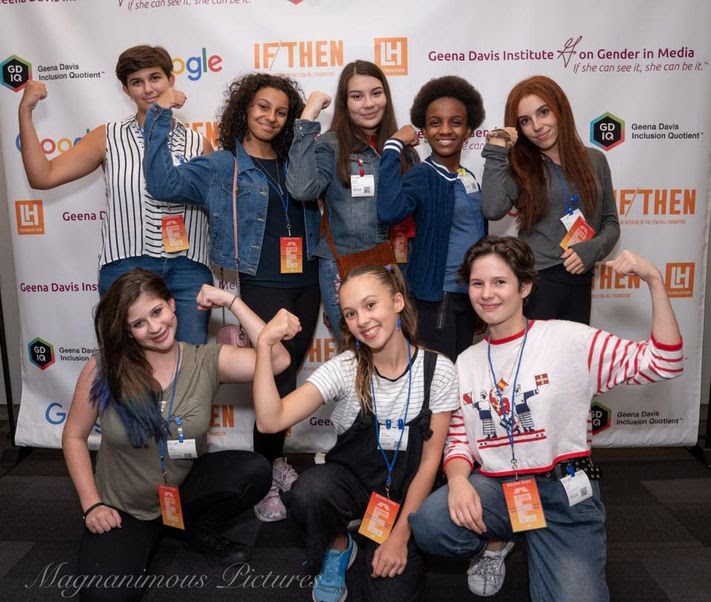 Increasingly, women executives are realizing that it’s not enough to just make it to the C-suite – indeed, they’re also compelled to save seats for young women to follow in their footsteps.

As a corporate lawyer in New York City, Illana Raia began taking her middle school daughter to lunch with some of her accomplished female friends (executives, surgeons, news anchors, etc.) so she could see what their jobs were really like and ask candid questions. Immediately, she could sense the power in that simple interaction – her daughter’s sense of self was reinforced by seeing such strong, accomplished women (and the women likely felt a charge of inspiration as well). Around the same time she became aware of alarming confidence gap statistics that found that between the ages of 8-14 girls’ confidence levels drop by a whopping 30%. Even worse, the study cited in Claire Shipman and Katty Kay’s The Confidence Code for Girls found that “For most women, once opened, this confidence gap fails to close.” Determined to prevent that tragic confidence drop not just for her daughter but for others as well, Raia launched the mentorship platform Être Girls in 2016. She selected the name Être (to be in French) because she wanted to help girls figure out who they want to be. Since the 2016 launch, it’s expanded in recent years to include curated links, afterschool mentorship clubs, in company events with global female leaders and a book release in 2019. She describes it as a “big sister in your backpack” for motivated girls.

A distinguishing factor for the program is that the girls really drive the organization’s activities. Raia felt it critical that the girls be in the driver’s seat. Their board is comprised entirely of middle and high school age girls (90 of them), and the girls select the companies that they visit based on their specific interests. “Every organization we visit has been hand-selected by the girls because they either love the product, use the service or want to learn more about a particular industry,” explains Raia. “The women we meet are unfailingly generous with their time and honest in their advice, and many have reconnected with girls as they move ahead into college and consider early internships.”

So far, they’ve been hosted by corporate heavyweights including Spotify, Google, YouTube, NYSE, Morgan Stanley, Goldman Sachs, ViacomCBS, Nine West, and NBC. These opportunities to hear directly from women leaders in their workplace have provided career impacting experiences for the girls. “After we visited the YouTube headquarters I was inspired to build my own YouTube channel,” reflects 14 year old Darby Lee-Stack. “Learning about the successes of these YouTube entrepreneurs gave me insight into what I was capable of accomplishing, not only in the world of YouTube, but in life.”