Businesses owe it to employees to help make homeschooling work 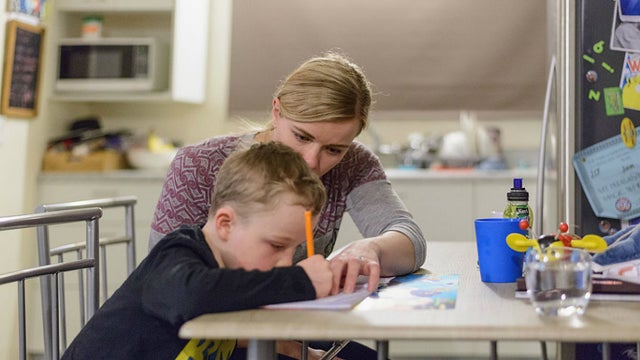 The first half of this year has been one for the books. COVID-19 has revealed foundational cracks in American infrastructure that cost tens of thousands of lives. And while legislators would still like to dance around the issue, the realities of these cracks can’t be ignored: a broken health care system, systemic racism in virtually every facet of American life, gender disparities in household distribution of work, and a crumbling educational infrastructure.

Each of these issues has been an important topic of discussion in the past few months — and for good reason. There is, though, a pressing problem for which it seems there are no good solutions at this point: How are we going to get our kids back to school?

Local and state governments, as well as public health officials, have been making recommendations, but we are nowhere near a safe consensus as to how to address this issue. Needless to say, many parents are worried about what the next school year is going to look like for them. They never expected to be teachers for a few months, let alone a full year.

To this end, new data from a Bustle Trends Group and Luminary study of 2,000 employed Americans, ages 22-54, found 78 percent of parentsare concerned about sending their children back to school this fall. A staggering 54 percent are considering alternatives to traditional schooling, focusing on homeschooling options.

Homeschooling never has been widely popular in America. In the 2017-2018 school year, only about 2.5 percent of school-aged kids were homeschooled. This certainly could have to do with the widespread stereotypes about homeschooled kids. It has been argued that they don’t build healthy relationships and are socially awkward. Most critically though, we hear that homeschooled kids fall behind on coursework. That isn’t what you want to hear as a parent.

What’s more, the concept of homeschooling is made possible only by parental ability to work from home, and we found that only 45 percent of survey respondents said they were able to work from home.

Based on the past few months, we know all too well that parents being at home doesn’t mean kids are learning, either. When asked why they aren’t considering alternatives to traditional schooling, the majority of parents said they are not confident in their ability to adequately teach their children.

If parents are expected to teach, they would either have to abandon their kids, call in sick, or take time off, leaving their employers in a pinch or putting more of the workload on colleagues without children. It’s a lose-lose situation.

But there’s a critical role for businesses and corporations to play in easing the burden on parents. Our survey found that only 61 percent of participants said they are “very empathetic” to the challenges facing working parents. That number should be 100 percent.

There are several policies employers can put in place to retain and help employees with kids and ease the burden on employees without kids who may be picking up slack or feeling burned out from working more for the same pay.

First are flexible work hours and the ability to work remotely. When asked what people wanted most from their employers, the answer consistently was flexibility, regardless if they were a parent or not. Asked what flexibility looks like to them, 61 percent of participants said “ability to choose work hours” and 58 percent said “remote work options.” By allowing people to control their own schedules, they can make arrangements to ensure they get their work done efficiently.

If working remotely isn’t an option, consider job shares, leave-of-absence policies or paid time off to give people peace of mind and certainty. Other helpful policies that should be put in place include paid sick leave, child care stipends or company-sponsored child care options.

At the end of the day, we must work together and understand that education is not just a parental problem, it’s an everyone issue. To move forward, we need to get out of the silo mindset and create inclusive policies if we want a chance to weather the COVID-19 storm successfully.