A Missing Factor In Women's Leadership: Leave The Mean Girl Behind 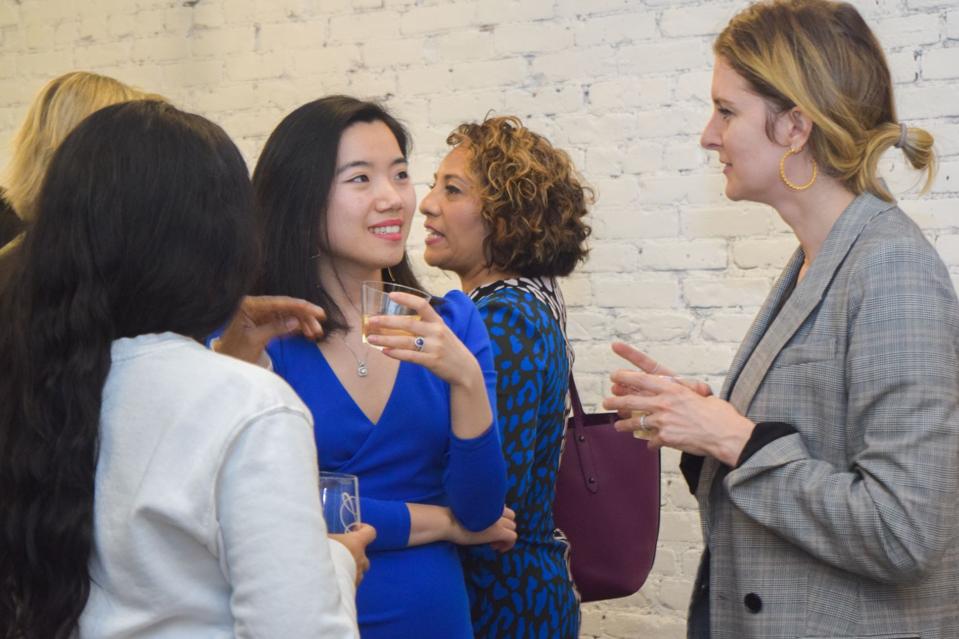 Women working together: it's important for communities to support each other, our successes and our struggles.

This article originally appeared in Forbes.

I recently launched an intimate dinner series called The Whisper Network covering taboo topics facing women’s advancement in the workforce. Many of these topics aren't addressed because women don't feel comfortable raising them or might be nervous about repercussions if they are openly talked about in larger forums. As women we tend to have a stronger reliance on one-on-one bonds and smaller, more intimate networks vs. men in order to discuss more controversial subjects such as how much money we might make or not make, how we were passed over for a promotion by a male peer or worse, “the mean girl.”

As we sat around the table, everyone had a story about a mean girl they dealt with in their careers. Certainly, in more male dominated industries, the mean girl, sometimes referred to as the “queen bee” is not just a theory, but a reality. Further, this isn't just about the women at the top, but also encompasses female peers. With all the focus and momentum on raising each other up as women and building support networks, it should have surprised me that the mean girl continues to present as such a big issue but it didn't. I hear quite often that while there are so many women walking the walk, there are still many that just talk the talk.

Jennifer DaSilva, President of Berlin Cameron and Founder of Girl Brands Do It Better, wrote an article earlier this year talking about women and the power of community and stated “Among all the women I talk to, the overall sentiment is that the energy of women helping other women is at an all-time high. We’re in a moment where women are less competitive and more willing to help each other succeed. We’re all starting to understand that lifting each other up doesn’t mean you put yourself down.” While I completely agree and as someone who launched a business focused on developing women, I think we need to add to that sentiment: that lifting each other up doesn’t mean you have to put yourself or others down.

Competition is healthy until it’s not. DaSilva also stated in the article that “while women are still supporting each other, [in a recent study] 55% of respondents still feel there’s work to be done. This can especially be said in the corporate world, where a lack of female representation can lead to competition and a lack of camaraderie.” How do we continue to advance and support each other with a little healthy competition in our networks, if we continue to face or be the mean girl at the table?

As a woman, there is heavy competition with men but there seems to be even more competition with some women, mainly because there are fewer of us. This competition is not just at the senior levels of organizations. We live in a culture that perpetuates women’s feelings of insecurity. It’s one the reasons we are banding together to support one another and creating real change. We are also human and filled with insecurities around career advancement, success, financial wealth and power. Company cultures often mirror grade-school school culture, dividing their employees into different groups: top talent, high performers, needs improvement, etc. This can further fuel unhealthy competition, meanness and exclusive behavior.

How we do leave the mean girl at the door but also work with her? It’s hard to escape the mean girl at the office, out with new clients, at women's events and in other professional environments. “Mean girls exist in business networking events too," shared Cindy Ashton, CEO of Minerva Enterprises. “They stand in their circle, staring at the other women, making comments on what they are wearing and criticizing what they do. It lowers our self-esteem and confidence. We need to catch ourselves when we get ‘catty’ and reframe – 'what would it take for me to truly get to know this other woman and collaborate?'” Roll out the welcome mat instead of pulling it out from underneath their feet.

After much deliberation in our dinner, we unanimously decided to call out the mean girl and make them aware of their behavior. At a time when we are calling out certain men for their lack of support, why don’t we call out the women who don’t have our backs and perpetuate the culture we are fighting so hard against? I’m not advocating for confrontation, but I am talking about communication. If we don’t bring awareness to this challenge, those cracks in our networks get larger and success for all vs. just for one decreases.

Focusing on positive reinforcement and how we can work together is just as important as building community with like-minded women and male allies. Share in our successes and in our struggles. We need to team up to help move forward by sharing what we know, how we can support and empower each other, and how we build real community. As women we need to lend our voice and support at the table for other women, become their true advocates for new opportunities, be open and make connections as well as follow through. Walk the walk.

To circle back to DaSilva’s article, Kristy Wallace, CEO of Ellevate Network states “a community is a group of people who are active participants in your success.” Supportive communities celebrate each other and their wins, large and small. This definition of community leaves no room for the mean girl and it’s time to leave her behind. Leading by example is critical and we need to exemplify the qualities we wish to see in others. When we think of the next generation of female CEOs, politicians, activists, entrepreneurs and more, what do we want those women to see when they look up? We don’t want to embrace a future with negativity and bullying. Creating an even playing field that is collaborative and supportive is something I am striving for.